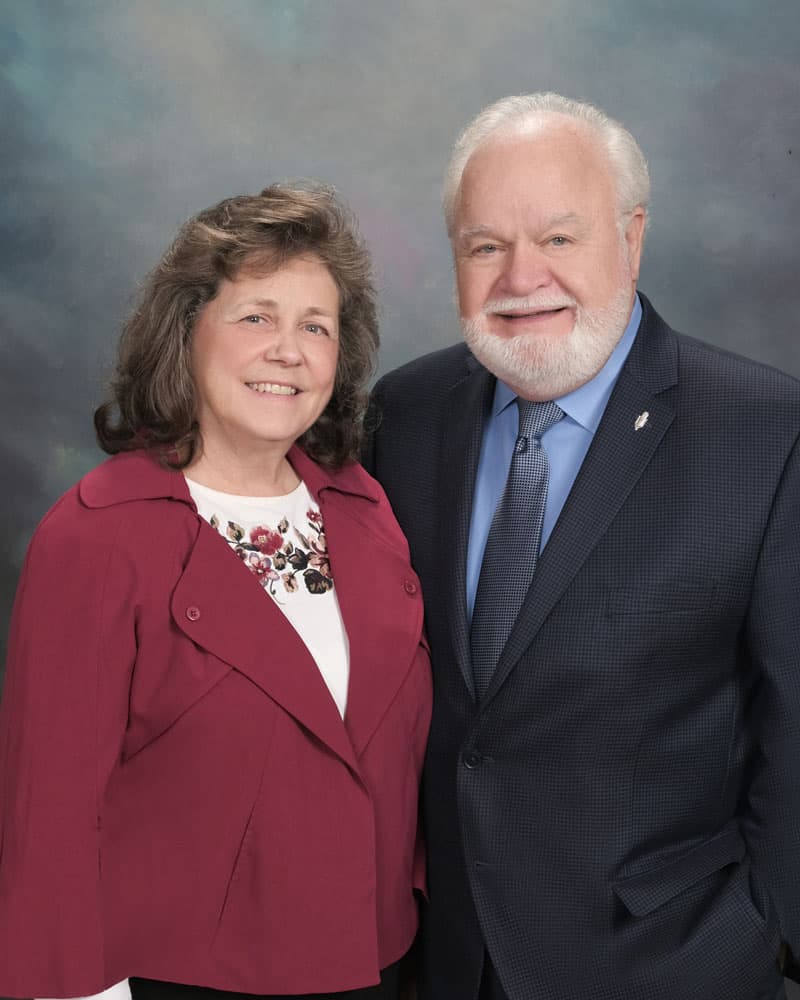 Joe Emert has been actively involved in Christian broadcasting for over 50 years. At the age of 18 he started working in Christian radio at a station in Pennsylvania owned and operated by his father. He worked his way through college in the broadcasting division of his school and has remained in Christian radio ministry. He has worked as Announcer, News Director, Program Director, Director of Development, and later served as General Manager of three Christian radio stations…. WTLR State College, PA; WAKW Cincinnati, OH; and the Moody Broadcasting Network station in Atlanta, WAFS. In 1993, just before he and his wife Jenny founded Life Radio Ministries, Inc. (WMVV) he helped establish the Atlanta-based national daily radio program of Dr. Michael Youssef, “Leading The Way,” where Joe served as Executive Director. Starting in 1997 he began serving full-time as President of Life Radio Ministries, and Jenny served as Business Manager. In the Summer of 2020 Joe and the board of directors invited Doug Doran to assume the responsibilities as President of the ministry, as Joe became Chairman of the board. Joe continues to enjoy regular “on air” interaction with listeners on “Sunday Morning Praise”. Joe is also a co-founder of the Papua New Guinea Christian Broadcasting Network and has assisted in the construction of 12 FM stations and a Shortwave station in that South Pacific country. That ministry has now grown to over 27 FM stations!

Jenny, a farm girl from northwestern Ohio, acquired over 45 years of related radio experience as the wife of a “radio man”, and as co-founder of Life Radio Ministries, Inc. She is dedicated to her family as a wife, mother of four sons, and now Mother-in-Law and Grandmother. Her additional experience as a secretary to a college President and Assistant College Dean of Women, equipped Jenny as she and Joe, together, led the radio ministry from 1993 to 2020.

Joe and Jenny celebrate over 48 years of marriage. They have four sons, four Daughters-in-Law, and fifteen grandchildren.